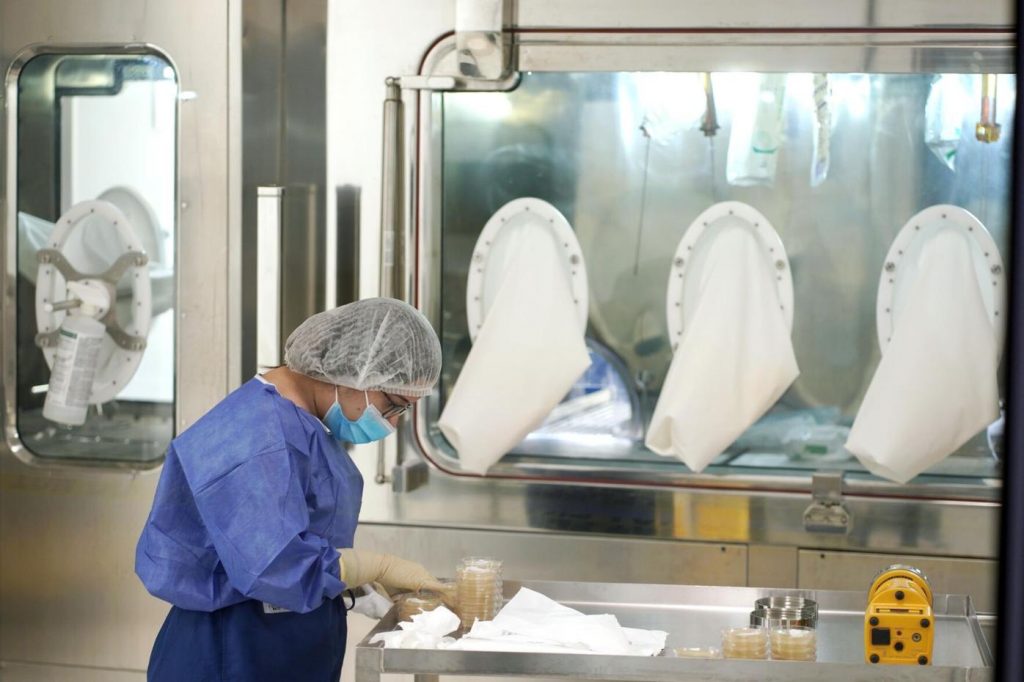 Work on Berkshire Sterile Manufacturing’s $20 million expansion has been ongoing for months, but the project is on firm footing now that the final piece of the financing puzzle is in place.

At the annual town meeting this month, Lee approved a $1.5 million tax incentive package, formally allowing the company to receive a property tax break on its substantial investment for the project — which is expected to generate up to 75 new high-tech jobs.

“It’s nice to see that the town is supporting us; that, I guess, is the biggest thing,” said CEO Shawn Kinney. “It reduces the amount of property taxes that we will pay for a set period of time.”

Berkshire Sterile will receive annual property tax reductions from the town on a sliding scale for the length of the agreement, with the largest reductions taking place in the early years of the multiyear pact before it slides up to full taxation at the end.

The new tax package has been added on to an earlier 15-year tax financing package the town approved when the company opened on Pleasant Street (Route 102) in 2014.

Berkshire Sterile produces sterile, injectable drugs for pharmaceutical and biotech companies that currently are in clinical studies for the treatment of various diseases. The company is planning to double the size of its existing clean room and add a state-of-the-art manufacturing line at the 116,000-square-foot Lee Corporate Center, a former toy warehouse the company’s three owners purchased six years ago, when they started the company.

The new production line will be the first of its kind in the U.S. — and possibly the world, Kinney has said: It will be capable of filling up to 70,000 units per lot. The project also includes a new inspection area, warehouse, office areas and increased laboratory space.

“We’ve started the construction and expansion of the clean room,” Kinney said.

“The facility is almost completely built. We’ve got the equipment that’s starting to arrive, and we’re on target to be completed by the end of next year with all the new equipment installed and validated.

“The total build-out and investment here is about $20 million, and that will improve the facility by about $3 million,” he said. “So, it will reduce the property tax that we have to pay on the additional $3 million.”

Town meeting originally was scheduled to take place in April, then was rescheduled for July before it took place Oct. 1. Because of the delays, the Massachusetts Business Development Agency and the state’s Economic Assistance Coordinating Council in April gave Berkshire Sterile provisional approval to move forward with the expansion, which allowed the company to begin purchasing equipment associated with the project before the tax package formally was in place. As of July, Berkshire Sterile had ordered $8 million in new equipment.

In early June, Berkshire Sterile had secured $16.5 million in financing for the expansion project from Berkshire Bank and Lee Bank.

Berkshire Sterile told the town it intended to hire 60 additional workers when it applied for the tax incentive package, but Kinney told The Eagle in July the number probably would be closer to 75. Berkshire Sterile already has begun hiring, and currently has 160 employees, Kinney said.

“We were proceeding forward because we had to get this done … basically at risk if the town did not approve the TIF,” Kinney said. “We did not want to delay the date the new equipment would be available, especially now with all the COVID medications [that Berkshire Sterile is helping to develop]. In 2021, we could be producing some on a fairly large scale for customers.”

Berkshire Sterile began helping private companies develop medications to help fight COVID-19 in March. The company is helping to develop vaccines, Kinney said, although none of those medications is being developed for major drug companies. The company also is working on a medication that reduces the pneumonialike distress that those who get COVID-19 develop during the later stages of the illness.

“There’s one that there’s some very exciting developments on, but I can’t say anything about it yet because it [first] needs to be released publicly,” he said.