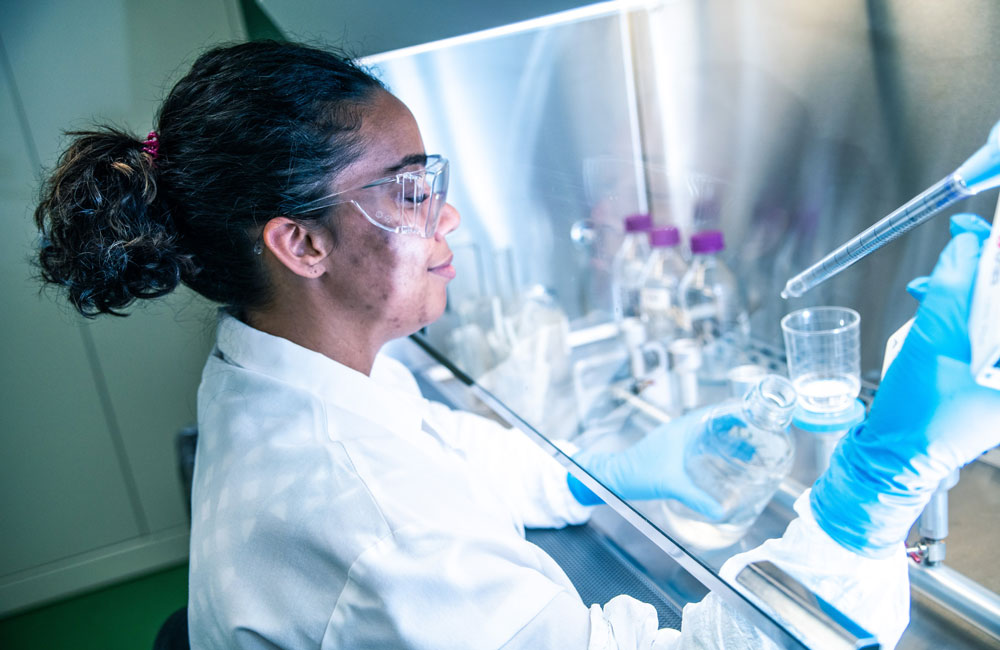 LEE — LEE — A south county-based biopharmaceutical firm is manufacturing treatments that are designed to help the afflicted battle the symptoms of coronavirus disease. Berkshire Sterile Manufacturing (BSM), located on Pleasant Street, has been contracted by three clients to formulate and manufacture four novel treatments and medications to aid in the ongoing pandemic, according to Shawn Kinney, CEO of the company.

U.S. Health officials and several other private companies reached out to BSM in March to see if the Lee firm could produce injectable COVID-19 treatments that to be used in clinical trials.

“These medications we’re making right now are not vaccines. They won’t cure coronavirus disease, but they could potentially stop the swelling and inflammation in the lungs,” he said. “[The treatments] are for people that develop severe lung problems in response to the coronavirus.”

The treatments disrupt the inflammation process, thus allowing people to breathe, and boosts the immune system, so that an afflicted person can better fight off the coronavirus.

“The hope is that these medications will help reduce [patients’] stay on ventilators and make them more available for more serious patients,” said Kinney.

One of the treatments was filled on Saturday, March 21 and will hopefully be shipped out by this Friday. Two of the treatments will be sent to clients in France and the other to somewhere in the U.S. While some companies may be struggling under current conditions caused by the global pandemic, Kinney says Berkshire Sterile has seen an uptick. Traditionally, the firm is closed on Saturday and early Sunday morning, but several employees agreed to work overtime to produce the medications. As of Monday, April 6, the company has a staff of 149 and is still looking to fill another 22 positions, according to Jennifer Kratovil-Moriarty, senior manager of human resources.

The company received the drug substance in powder form on Friday, March 20. They formulated Friday night to start filling early in the morning on Saturday, March 21.

“Our employees help produce potentially life-saving medications that are used in clinical trials, and take great pride in that, but with the prevalence of COVID-19 on the news, they’ve taken pride in recognizing the part they’re having in filling these treatments,” said Kinney.

Dr. Xufeng Sun, director of formulation and technology transfer at Berkshire Sterile, noted that for the week of March 29 alone, the company filled 5,000 units for the treatment of Parkinson’s Disease, 5,000 units to be used in helping patients in heart failure, and 3,500 units for treating relapsed or refractory non-Hodgkin lymphoma, for three different clients.

Berkshire Sterile was established in 2014 with a focus on contract manufacturing of sterile drugs in pre-clinical and clinical phases for companies in the pharmaceutical, biotech and medical device industries. Last year, MassDevelopment, the state’s finance and development agency, awarded the company a $2 million loan for the expansion of its building. The company has been using that funding toward the expansion of its cleanroom and warehouse facilities and construction of new visual inspection and final drug packaging suites. It also purchased additional sterile manufacturing equipment. While that expansion is complete, Berkshire Sterile is poised for another expansion that will incorporate new technology and double the size of the company’s existing 4,500 square-foot clean room. The estimated $15-to-$20 million expansion will include installing a new robotic-based flexible isolator-filling system. Kinney said he anticipates the expansion to be completed by 2021. The expansion is set to start i­­mmediately following bank approval.